There are many famous fantasy artists who were inspired by Professor Tolkien’s books, particularly The Lord of the Rings trilogy of books. By the late 1960’s The Lord of the Rings had become a worldwide phenomenon particularly in America amongst University students. Although Professor Tolkien was an artist and illustrated the Hobbit, The Lord of the Rings had illustrations only on the jacket covers. This would open the door for official and unofficial Tolkien inspired fantasy art. In the 1970’s the LP record large format provided the opportunity for artist to illustrate LP jackets and associated promotional posters for classic rock bands. Psychedelic art in some case, but also illustrative graphic art. Photography was most often used. The more famous artists of the day were now able to make a full time living producing fantasy art for books and record sleeves. We now focus on only Tolkien/ Middle-earth inspired art, originals, and prints. Now extremely rare, promotional posters for the book releases, book illustrations and other officially commission middle-earth art is highly collectible.

In the early daya, the copyright holders were not as vigilant in enforcing unofficial art and use of the Tolkien’s name or fictional characters.  Various unofficial prints and posters were produced, amateur and professional. We find it particularly interesting their interpretation of what Middle-earth and its characters looked like before the Peter Jackson films? Some early artists felt Middle-earth was not earth, but another planet or a parallel world. Most others stick with a mid-evil, renaissance era, but with a slight fantasy look. The debate continues: did the Balrog have wings? Since the Peter Jackson films form 2000 the works of Alan Lee and John Howe, the film’s concept artist, dominated our perception of Tolkien inspired art today. We collect and sell the early artist interpretations, pre-2000, but on occasion sell the newer ones. 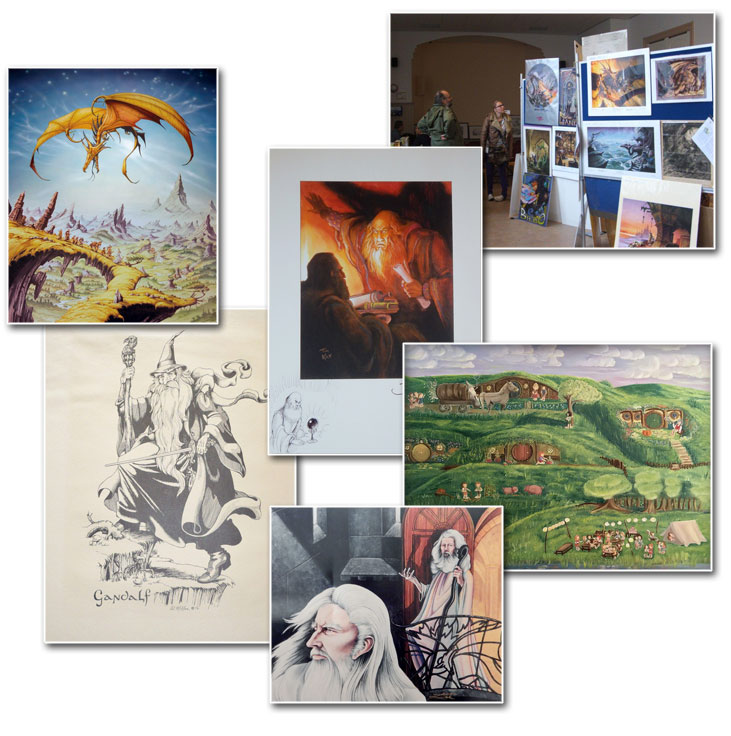